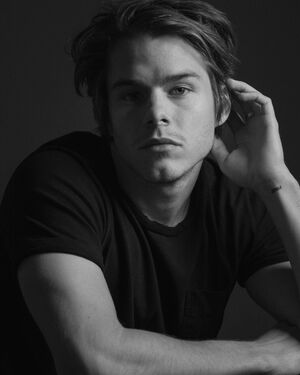 Jake Manley is a Canadian actor, best known for his portrayal of Brad in the NBC series Heroes Reborn and Fisher Webb in the CW series iZombie. Currently, he stars as Jack Morton in the Netflix series The Order. He is set to star in the true story, Brotherhood, playing George Waller.

In 2012, Manley made his acting debut in the CW drama series, Beauty & the Beast. Following on from his first role, Manley won other roles on a variety of TV shows including Cracked, Heroes Reborn, iZombie and American Gods.

On April 17, 2018, it was announced by Deadline that Manley would star in a main role as Jack Morton in the Netflix horror-drama series, The Order.